When everything goes wrong at a show and you’re coming home with a lame horse, the feeling of helplessness is probable. I have experienced this feeling quite recently, and I want to share our story. During a finale at an international show, my horse managed to lose a shoe and while we thought he was healthy otherwise, another competition the following week revealed injured ligaments in his hoof.

All those who have treated a ligament injury know how lengthy this issue can turn out to be. However, the treatment was quite simple: two weeks of complete rest, then an examination by our vet. Vali‘s rest wasn’t restricted to stall so he spent some time in a paddock early each morning before the temperatures rose way up, and was hand-walked in the evening, starting on five minutes adding a bit each day. We had to be really careful, as a single rash movement could set us way back in the recovery.

Two weeks later, our vet gave us a green light to start working – very slowly and carefully. We were to add two minutes of trot every day, walk a lot, and ride only straight lines. I focused on relaxation during this time and looking back, it helped me a lot as a rider. Riding competitively, there are usually many things to focus on. But being able to trot only straight lines, you are allowed to come back to basics; your leg position, the softness of your hands, or the balance in your hips.

The horseshoe graph was the biggest help during the first stages of recovery work. I was checking the time and balance of gaits to provide my little friend with monitored sessions. 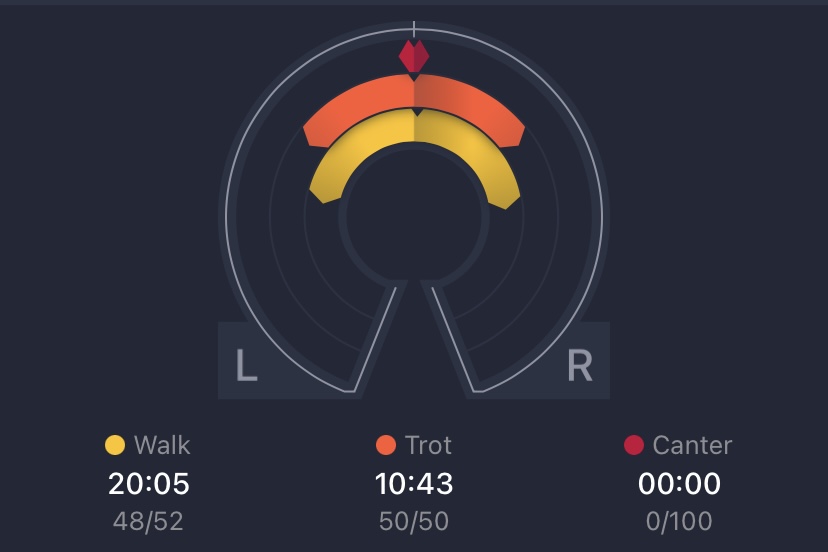 The horseshoe graph provided a mindful start of work

As I have mentioned earlier, rash movements were undesirable at this point of recovery. Therefore, I aimed for the tempo in walk and especially trot to be as even as possible. I would check whether I have achieved a balanced pace in the analysis after finishing my ride.

Attempts to keep a balanced pace while trotting in the arena

After a week and a half of working on a carefully managed arena footing, Vali’s vet gave him permission to leave the arena and go for one of his beloved hacks. Riders sometimes don’t realize the amount of walk they do in nature but I can’t stress the importance of this walk enough. A relaxed, forward walk is the most therapeutic gait of all. Your horses find more balance, strengthen their joints and ligaments, and relax their mind. 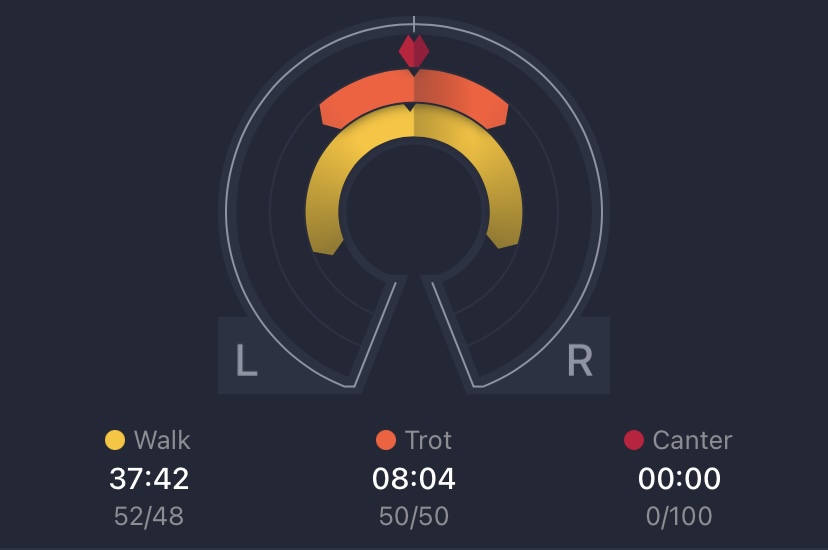 Once we were able to deal with natural terrain and footing, we spent a lot of time outside. One of the instructions the vet gave us was to extend the trot as much as possible to loosen Vali’s breast muscles that got stiff during the injury. Wood trails were an excellent environment for this task.

The higher tempo of extended trot while hacking

The first few canter sessions were taken lightly. Starting on two minutes of canter adding another two each day, I wanted Vali just to stay relaxed. It was only later when I asked a bit of collection and hind leg engagement from him, still staying on straight lines and big circles. 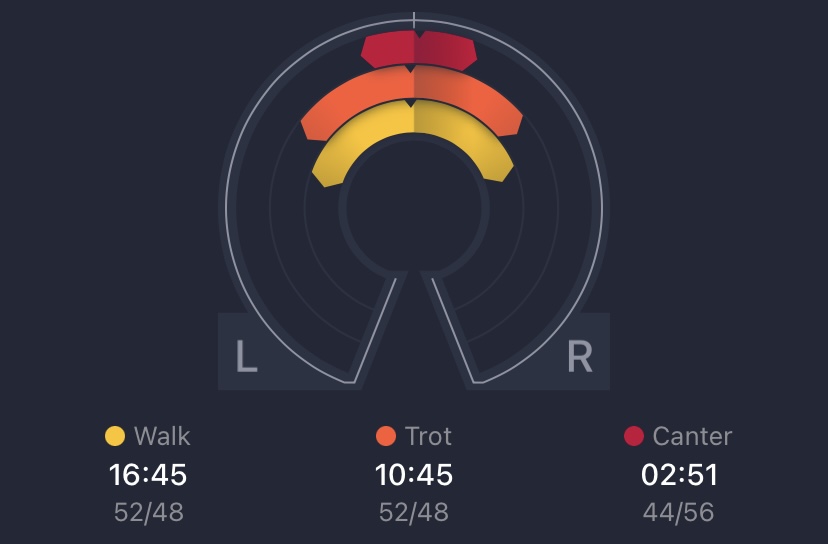 Five weeks after the injury, we marked the very end of the recovery with Vali’s favorite activity besides jumping – cantering outside. His ligaments were able to withstand a fast pace on a relatively stable footing at this point. Just look at the pace in the picture below! We could start jumping again following this milestone. And while we were happy with the time we spent together during the recovery period, we were ecstatic to start jumping, and in the close future, competing again.

The high tempo of canter at the end of the recovery